As democratic financial institutions owned by their members, credit unions can trace their roots back to Germany to the late 1840s, where Hermann Schultz-Delitzsch organized a cooperative mill, bakery and other cooperative credit endeavours (1848), and Frederich Wilhelm Raiffeisen organized a similar cooperative for farmers (1864). A key player instrumental in fighting loan sharks with credit unionism in the USA was Edward Filene (1921). After spreading through continental Europe and America in the late 19th century, the first Credit Union in Trinidad and Tobago was founded in 1945.

The story of the local Credit Union movement began when Malcolm Milne, a San Fernando solicitor and member of the Catholic Laity, accidentally stumbled on the concept while browsing through a copy of the Catholic Digest. He immediately saw these institutions as a means for economic emancipation of the masses because Credit Unions were open to all, regardless of colour, creed or class.

Credit Unions provided the poor with a chance to be part of formal savings and loan institutions where the interests were those of its members, and the decisions taken can be controlled by the members. When in December 1945 the Ordinance legitimising the operations of Credit Unions was passed, a crucial window of opportunity was provided for members to access loans for provident and productive purposes. The decade following the passing of the Credit Union Society Ordinance, No. 48 of 1945, saw some 90 new Credit Unions registering between 1946 and 1950. Their attraction to members of the public was so strong that well over 500,000 persons became members of credit unions.

PSCU Credit Union, registered in 1966 and celebrating more than 50 years of existence, has empowered thousands of its members, and has contributed meaningfully to the improvement in their standard of living and quality of life. 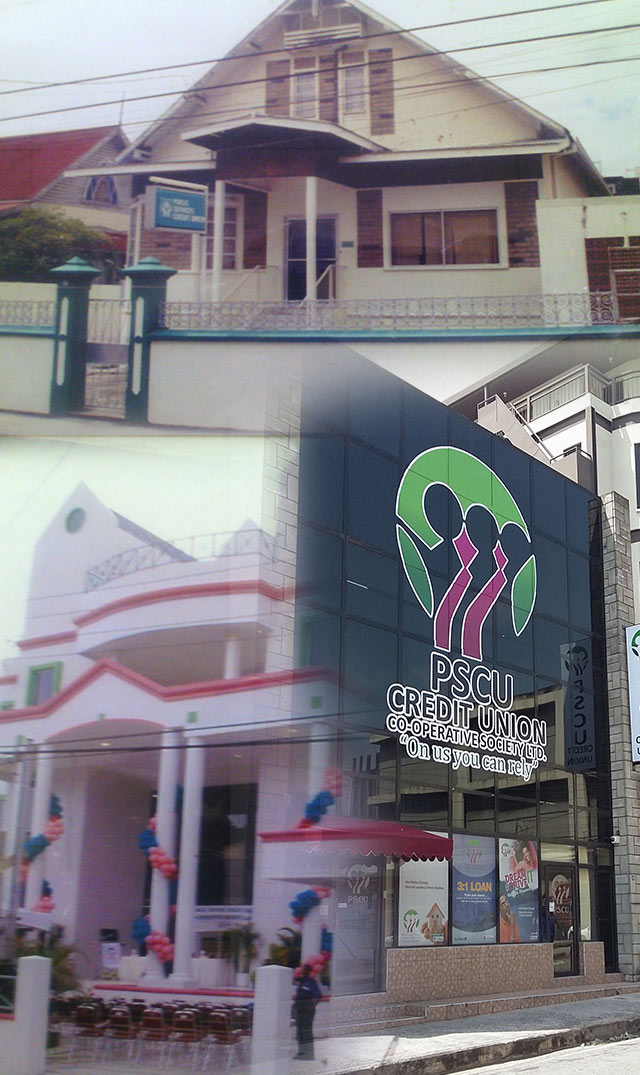 The Credit Union has evolved into a vibrant, progressive and stable financial institution with an active membership of over 22,000 and group assets in excess of $259M. PSCU continues to plan for the future by successfully investing in new technologies and innovations to support the ever changing needs of our membership.